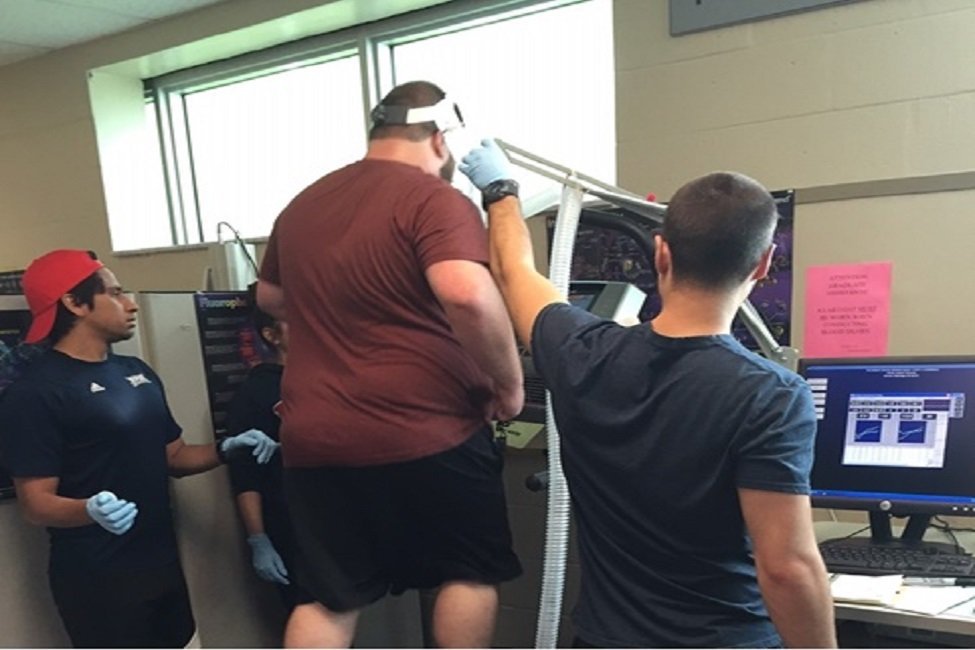 It’s fast-paced, takes less time to do, and burns a lot of calories. High-intensity interval exercise is widely recognized as the most time-efficient and effective way to exercise. In a first-of-its-kind study, researchers from Florida Atlantic University have discovered another important health benefit of these short bursts of intense exercise with rest intervals. It could also be an effective strategy to prevent and combat cognitive dysfunction in obese individuals.

Obesity reduces the expression of brain-derived neurotrophic factor (BDNF), a protein in the brain that promotes the survival of nerve cells or neurons. Lower levels of this protein are associated with Alzheimer’s disease, Parkinson’s disease, and obesity. Although studies have shown that obesity is a risk factor for cognitive dysfunction, the mechanisms of this relationship are not fully understood.

To-date, studies on exercise and BDNF response in obese populations have only used continuous moderate-intensity exercise without rest intervals. FAU researchers and collaborators from the University of Texas at Austin and Purdue University, are the first to examine the modulatory role of obesity on exercise-induced BDNF release and to use an acute high-intensity interval exercise protocol as a practical model to measure the phenomena of BDNF release in both obese and normal-weight subjects. They also examined the potential relationship of exercise-induced BDNF with blood lactate and cortisol.

These findings suggest that acute high-intensity interval exercise may be a more effective protocol to upregulate BDNF expression in an obese population, independent of increased lactate and cortisol levels.

“High-intensity interval exercise is a time-efficient strategy with similar or superior physiological benefits that promotes the expression of a growth factor typically associated with brain health, yet that appears to be down regulated in obesity,” said Chun-Jung (Phil) Huang, Ph.D., lead author and an associate professor in the Exercise Biochemistry Laboratory, Department of Exercise Science and Health Promotion, in FAU’s College of Education. “The relative simplicity and efficacy of high-intensity interval exercise supports its use as a preventive measure and as an intervention to combat obesity and other chronic disease conditions.”

Other findings from the study show statistically significant differences between the obese and normal-weight groups for body weight, BMI, systolic and diastolic blood pressures, and waist/hip circumferences and ratio. In addition, both the obese and normal-weight groups had comparable heart rate responses during both exercise protocols, demonstrating a similar relative exercise intensity and effort between groups. Therefore, the BDNF response was likely not influenced by disparities between aerobic fitness, with a greater level in obese subjects than normal-weight subjects following acute high-intensity interval exercise vs. continuous moderate-intensity exercise.

“Increased levels of cortisol have been shown to down regulate BDNF expression, however, this relationship in response to exercise still remains equivocal,” Huang. “Specifically, our study and others, did not observe any correlation between cortisol and BDNF following either acute high-intensity exercise or continuous moderate-intensity exercise protocol, yet, the report of such is opposite.”

Aerobic training has been shown to not only provide beneficial anti-inflammatory and cardiovascular benefits, but also reductions in age-related cognitive decline. It also has been shown to preserve brain volume and potentially improve blood flow.