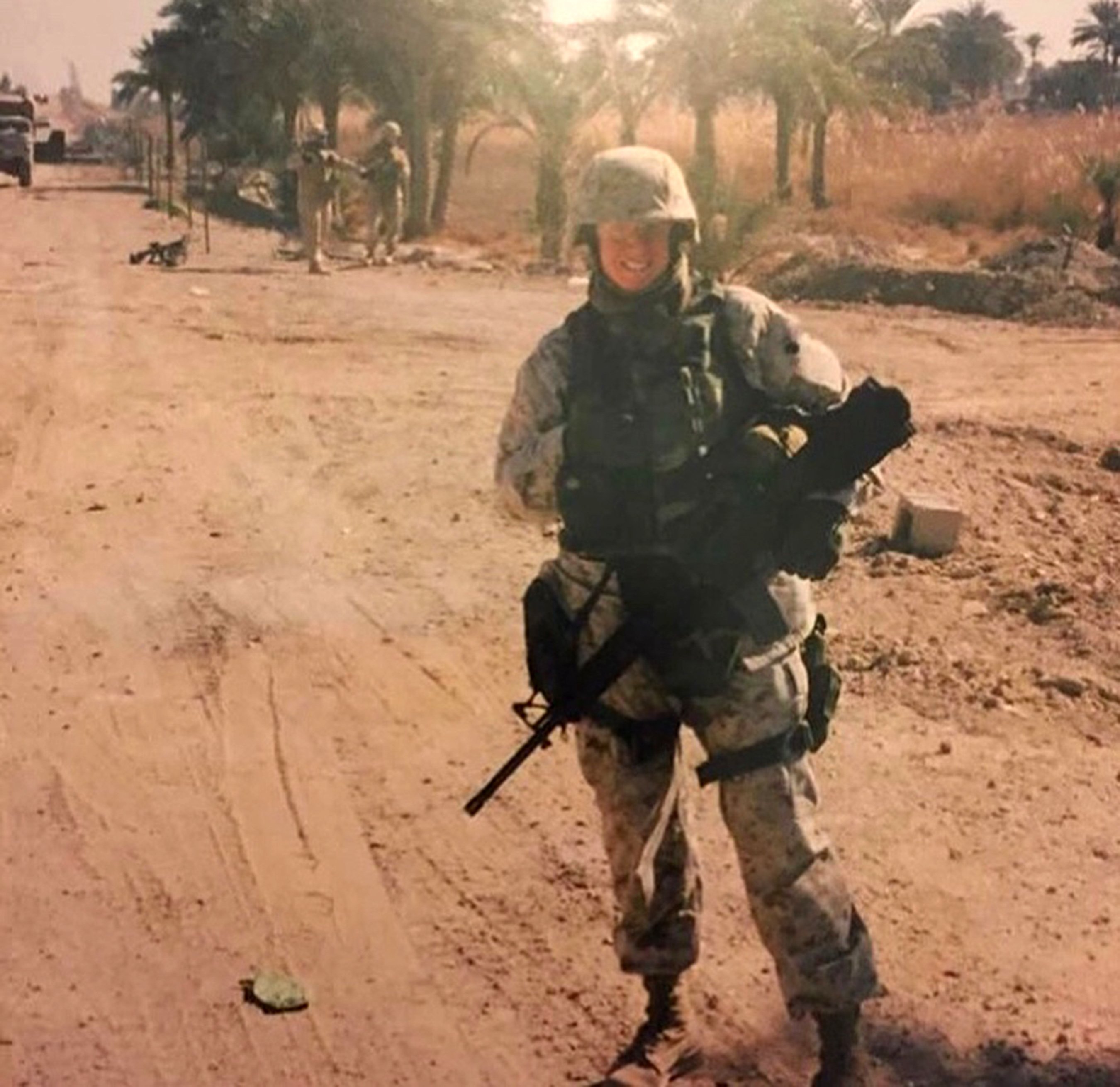 Erin Oprea is best known these days as the trainer behind some of the fittest bodies in country music. But before she was spending her days taking Carrie Underwood, Kelsea Ballerini and more through high intensity workouts, she was a trailblazer in the United States Marine Corps, making her mark as the leader of the first all-female platoon.

The PEOPLE Health Squad trainer joined the Marines in 1997, after the movie G.I. Jane inspired her to serve. Leaving her two young sons was already tough, but the challenge only grew when her dad died the day before she was supposed to leave for her first tour in Iraq in 2003.

“At my going away party the day before I was to ship out, my father had a massive heart attack and died right after we were all playing volleyball,” she tells PEOPLE. “He had never had any heart trouble before — just walked into the kitchen and died. His death changed my life in ways I hadn’t imagined.”

Oprea was given another week to be with her family, but then she had to ship out.

“There was so much to come to grips with including leaving my kids and losing my dad that what got me through it was focusing on the job in front of me. I believe that’s the only thing that kept me sane.”

And while she was there, Oprea’s strength stood out. After the first invasion of Fallujah in 2003, the Marines created the first all-female platoon attached to the infantry in a war zone, and asked her to lead. Oprea says being the first was an important, but difficult position to be in.

“Women Marines had a tough time of it, really. We were constantly being told what we weren’t capable of doing and what we weren’t allowed to do,” she says. “Being part of the first all-female platoon in the Marines was a huge honor, then to be in charge of it added a layer of responsibility to that honor. We had to do our jobs, sure, but more than that, we had to do them better. We had to be aware of our actions all the time. If one of us slipped up, it reflected badly on all of us, much more than it did for the men. We were a small group of women, but ALL women Marines were being judged by how we performed. It was a massive responsibility and one that I reminded my Marines of every single day.”

The position weighed on Oprea, then just in her mid-twenties.

“Of course I worried that our actions would have negative consequences for other female Marines and even women in other branches of service,” she says. “But, my biggest worry was for the safety of my unit. I was kind of a kid myself and I had all these women’s lives in my hands. I was worried that I would make a mistake that would cost them their lives.”

And just after Oprea was shipped home, her unit was hit. “It haunts me even now,” she says.

Oprea went to counseling for PTSD after her first deployment, and learned about ways to manage her condition and stress. One of those methods was exercise, and it became a huge part of her life, along with a way to remember her dad.

“I have always believed that exercise is a great way to deal with stress; so, yes, I worked out a lot myself when I first came back, but I had always been really active growing up,” she says. “I played soccer and was always running around everywhere. I became a certified personal trainer when I was just 18 because I really love fitness and my dad did, too.”

And her dad’s death taught Oprea more about what it means to be healthy.

“He appeared to be perfectly healthy and fit, but he wasn’t,” she says. “After his death, I became more interested in nutrition and in the power of the foods that we put into our bodies. Just because we look fit doesn’t mean we are. So, I started reading up on nutrition and learning about how we hurt our bodies with bad food choices.”

From there, she developed the nutrition and workout plans that she uses with the top country stars and her clients. But Oprea emphasizes that there’s no secret to their bodies — just hard work.

“Hit songs don’t get you great legs. Conscious effort does,” she says. “These women — and the men I work with — hold themselves accountable. They live balanced lives, sure! You gotta have a glass of wine and a doughnut every now and then, but they make sure those things are treats, not habits. And they work hard to get those pretty muscles.”