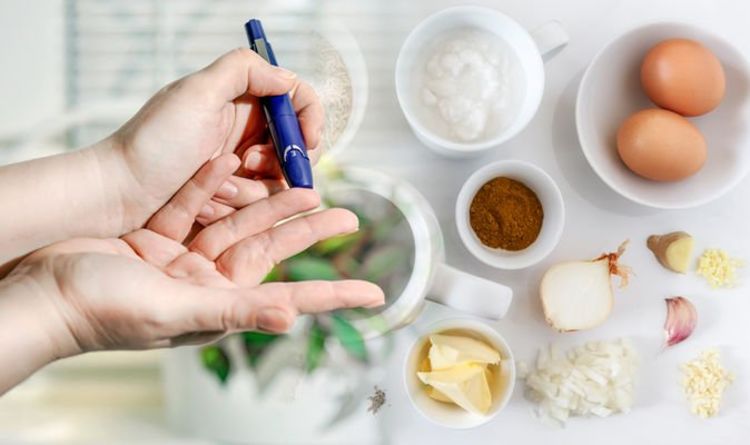 Type 2 diabetes can trigger symptoms such as needing to pee more often, feeling thirsty all the time and feeling very tired. If the condition is left untreated, complications with the eyes, feet, kidneys and nerves can occur. When it comes to preventing type 2 diabetes and preventing the condition, a healthy diet is recommended. While there’s nothing you can’t eat, experts advise limiting certain foods.

Specific foods have been found to have blood sugar-lowering properties for type 2 diabetes – three of these being eggs, garlic and cinnamon

To manage blood sugar you should eat a wide range of foods, including fruit, vegetables and some starchy foods like pasta, and you should keep sugar, fat and salt to a minimum.

Specific foods have also been found to have blood sugar-lowering properties – three of these being eggs, garlic and cinnamon.

In one study, people with type 2 diabetes who consumed two eggs daily as part of a high-protein diet showed improvements in blood sugar levels.

The NHS states eggs are a good choice as part of a healthy, balanced diet, which is recommended for type 2 diabetes.

As well as being a source of protein, eggs also contain vitamins and minerals.

The health body adds: “There is no recommended limit on how many eggs people should eat.

“Eggs can be enjoyed as part of a healthy, balanced diet, but it’s best to cook them without adding salt or fat.

“For example, boiled or poached, without added salt, scrambled without butter and using low-fat milk instead of cream.

“Frying eggs can increase their fat content by around 50 per cent.” 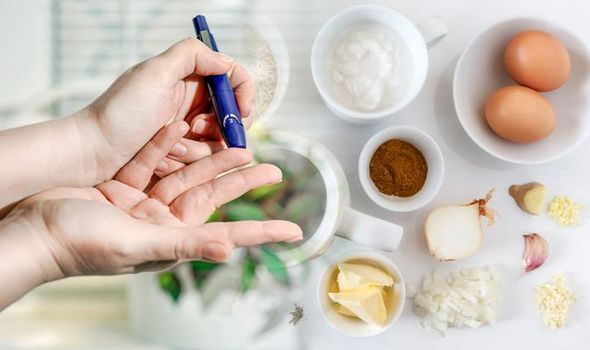 Garlic is a popular herb used in dishes all over the world and has been linked to a number of impressive health benefits.

Several studies have demonstrated how garlic can reduce inflammation, blood sugar and LDL cholesterol in people with type 2 diabetes.

‘Effects of garlic on dyslipidemia in patients with type 2 diabetes mellitus’ is just one study that demonstrates this.

In one study, participants with uncontrolled high blood pressure who ate garlic for 12 weeks averaged a 10-point decrease in blood pressure. 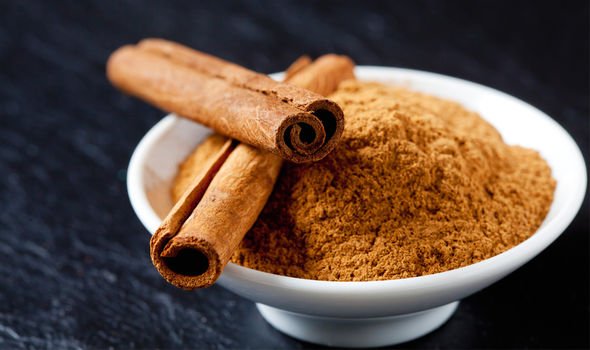 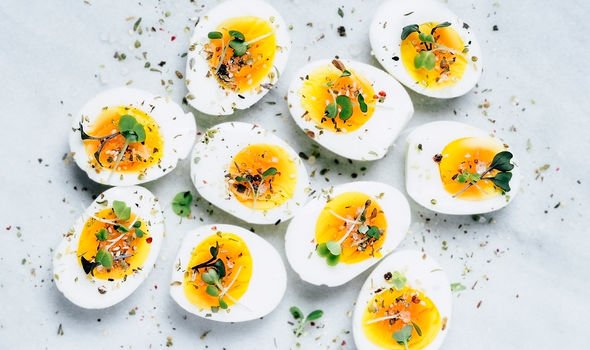 One study demonstrated type 2 diabetes patients who took cinnamon for 90 days had more than a double reduction in haemoglobin A1C (a form of haemoglobin that is covalently bound to glucose) than those who only received standard care.

The study was titled ‘Effectiveness of cinnamon for lowering hemoglobin A1C in patients with type 2 diabetes: a randomized, controlled trial’.

In three trials involving cinnamon cassia, fasting glucose levels fell by between 10.3 per cent and 29 per cent with no significant changes in those on placebo.

Cinnamon can be found ground, in tea or supplement form.