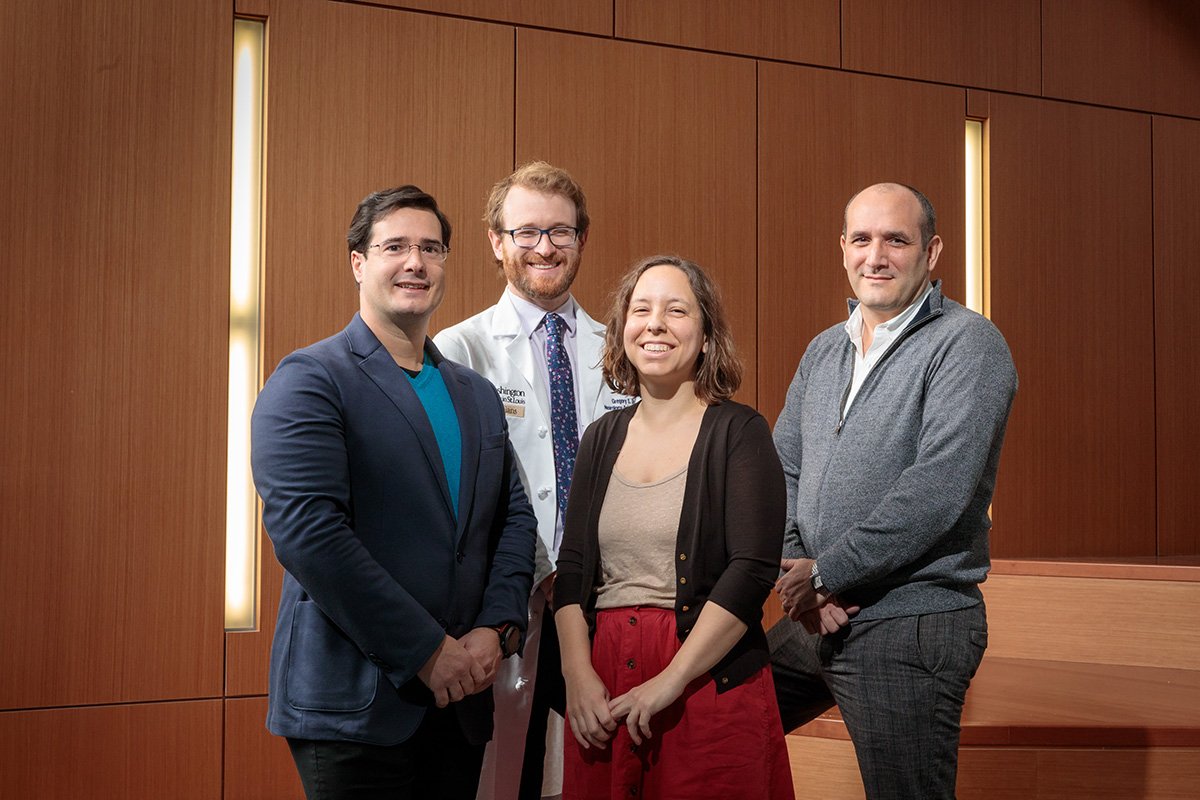 A team of researchers at Washington University School of Medicine in St. Louis has been funded by the Chan Zuckerberg Initiative (CZI) to study the root causes of neurodegenerative disorders.

The project at the School of Medicine will analyze genes that may help protect some patients from Alzheimer’s disease. The researchers suspect that certain variants in TREM2 and another cluster of genes called MS4A alter the immune system and perform functions that may be harnessed to combat the disease.

“This protein is abundant in microglia, which are thought to be the immune cells of the brain, so the discovery that TREM2 is involved in Alzheimer’s disease has us thinking the immune system may be important in driving the disease,” said the study’s principal investigator, Celeste M. Karch, PhD, an assistant professor of psychiatry. “We’re pushing beyond the proteins found in neurons to learn how other cell types in the brain may contribute to the development of Alzheimer’s disease.”

Other research team members are Carlos Cruchaga, PhD, an associate professor of psychiatry; Oscar Harari, PhD, an assistant professor of psychiatry; and Gregory S. Day, MD, the study’s clinical principal investigator and an assistant professor in neurology. Together, this interdisciplinary team will use what’s known as high-throughput multiomics, stem cell models and material from human subjects to understand how genes that affect the brain’s immune system cause or prevent disease.

Neurodegenerative disorders — including Alzheimer’s, Parkinson’s and Huntington’s disease, and amyotrophic lateral sclerosis (ALS) — make up a class of diseases that affects millions worldwide. Alzheimer’s alone is the fifth most common cause of death for Americans above age 65, and the number of people with Alzheimer’s and related dementias is predicted to nearly triple by 2060. The causes of most neurodegenerative diseases are not well-understood, and there still are no effective therapies to cure, prevent or even treat most of these disorders.

The Chan Zuckerberg Initiative was established by Facebook co-founder Mark Zuckerberg and his wife, Priscilla Chan, MD, with a goal of eliminating disease. The new funding – an estimated $9 million overall – will support small research groups exploring the mechanisms by which common genetic drivers of neuroinflammation contribute to the development of Alzheimer’s and other neurodegenerative diseases.

Rare variants in the TREM2 gene – the focus of the Washington University project – were identified about five years ago. Unlike many genes linked to Alzheimer’s disease, it operates in cells in the brain called microglia.

“When TREM2 was identified, it opened up a whole new field in Alzheimer’s research,” said Cruchaga. “Until then, very few researchers were studying the role of inflammation and the immune system in Alzheimer’s disease. Our studies have revealed 25 genes, particularly MS4A4A, along the TREM2 pathway, many of which may play key roles in the development and progression of Alzheimer’s.”