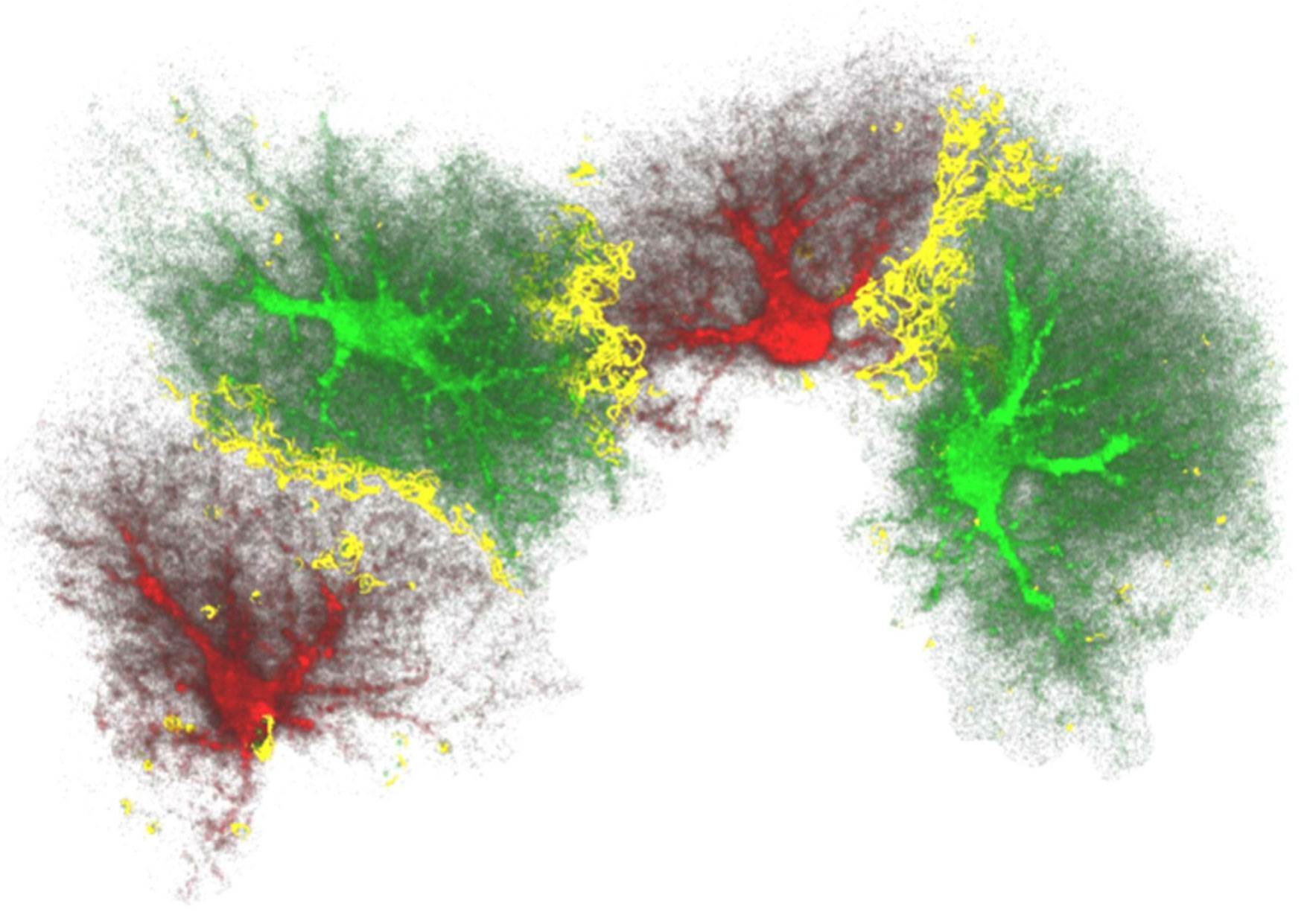 Researchers at Sahlgrenska Academy at the University of Gothenburg, Sweden, in collaboration with research groups in Finland, Canada and Slovenia, have discovered a novel and unexpected function of nestin, the best-known marker of neural stem cells.

In the developing brain, the three main cell types, neurons, astrocytes and oligodendrocytes, are generated from neural stem cells. In some parts of the brain such as the hippocampus, the brain region involved in learning and memory, new neurons are being added to the existing neuronal circuitry even in adulthood, when severe restriction of neuronal differentiation occurs.

Using mice deficient in nestin, a protein that is a component of the part of the cytoskeleton known as intermediate filaments or nanofilaments, the research team led by Prof. Milos Pekny showed that nestin produced in astrocytes has an important role in inhibiting neuronal differentiation. They linked this regulatory function of nestin to the Notch signaling from astrocytes to neighboring neural stem cells. Thus, surprisingly, nestin does not control the generation of neurons by acting within neural stem cells, but indirectly by regulating the neurogenesis-inhibitory Notch signals that neural stem cells receive from astrocytes, important constituents of the neurogenic niche.

Generation and functional integration of new neurons in the adult mammalian hippocampus can lead to the reorganization of the neuronal circuitry, triggering two opposing effects: a better formation of new memories and a more pronounced loss of previously acquired memories. And indeed, adult mice lacking nestin have both increased number of newly born neurons in the hippocampus and impaired long-term memory.

Intermediate filament proteins, or nanofilament proteins as they are sometimes called, are important stress proteins that in many cell types act as crisis command centers in times of cellular stress and emerge as interesting targets in many diseases—says Milos Pekny. They are also linked to the control of cell differentiation and in the brain or spinal cord their regulation might be a new approach for improving brain plasticity and regeneration responses in situations such as stroke, neurotrauma or neurodegenerative diseases.