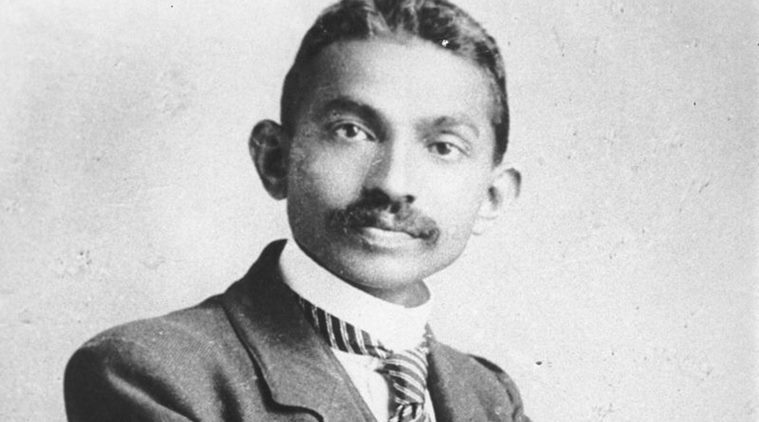 Make History Fun Again: Today, Gandhiji seems like a remote, stern leader, far removed from ordinary people. But he was a person too, who was once young, who had his own growth story and his own quirks.

(This is part of the series Make History Fun Again, where the writers introduce historical facts, events and personalities in a fun way for parents to start a conversation with their kids.)

The world owes a debt to Mahatma Gandhi. By introducing the simple power of peacefully saying no, he changed the age-old rules of politics. The world was compelled to sit up and notice when they saw millions of unarmed Indians remaining calm as they were brutalised, again and again, by a mighty empire, resolutely coming back for more until they got justice and freedom.

Gandhi inspired Indians to show great moral courage by peacefully facing their own deaths through satyagraha, and in doing so, shamed the First World into siding with the colonised Third World, awakening their collective conscience until they could no longer look away, making them feel they had to speak up for righteousness. His unique methods inspired many future leaders from Martin Luther King Jr to Nelson Mandela, as they, in turn, sought justice and equality for their people.

Today, Gandhiji seems like a remote, stern leader, far removed from ordinary people. But he was a person too, who was once young, who had his own growth story and his own quirks. Now, 71 years since his assassination, we want to remember his human side through some lesser-known tales.

When he was 18, Gandhi’s family gathered some money and sent him off to study law in England. His mother was very worried that London would corrupt her beloved son, and made him solemnly vow to never touch meat or alcohol.

Young Mohandas found himself transported from the backwaters of small-town Gujarat to the largest, most exciting, dazzling city in the world, free of his family’s and society’s restrictions for the first time!

He took to it like a duck to water-he began dressing like a proper Englishman, what with his bow ties and tall hats and waistcoats. He even paid for lessons in ballroom dancing, the violin, French and English diction!

However, Gandhi never broke his promise to his mother. In fact, for the first few months, he hovered near starvation as he tried to find vegetarian food, while resisting the many well-meaning offers of steak and other meat. By happy accident, he was introduced to the small, yet thriving ‘Vegetarian Movement’ in London, which soon became the centre of his social life. He made lifelong friends with British people, even roomed with them, started writing for the weekly journal ‘The Vegetarian’, and joined the executive committee of the Vegetarian Society.

Gandhi was a fierce and committed vegetarian, who believed in absolute non-violence, even towards animals. In 1912, when he read that dairy farmers resorted to cruel methods to extract milk from cows, he made a vow and gave up drinking milk.

What with all his fasting and his strict food rules, he soon became very weak. Despite the urging of his family, friends and doctors, he refused to budge. Many years and serious illnesses later, the story goes, the doctor was once again trying to persuade Gandhi to have some milk for nutrition, to absolutely no effect, as the Mahatma insisted he would not contribute to cruelty towards cows and preferred to die instead.

Finally, his fed-up, worried wife, Kasturba Gandhi said that she would arrange goat’s milk for him, as he had given up cow’s milk! Gandhi reluctantly agreed, though he knew it was a matter of semantics.

To ensure that he was not mistakenly served cow’s milk, Gandhi from then on, always went about with a female goat everywhere, much like Mary’s lamb!

Gandhi and his goats became internationally famous; he even sailed with two goats to London for the Round Table Conference in 1931, much to the delight of European media. His most famous goat was called Nirmala, whose death in 1947 even made it to American newspapers!

Despite having a fearsome reputation as a strict disciplinarian, Gandhiji had a great way with a quip.

When invited to tea with the British king in London, Gandhi wore only his dhoti and a shawl. The media had been agog for days, discussing his potential outfits. After the event, when a reporter asked if he thought he was wearing enough clothes, Gandhi replied, “The king had enough on for both of us.”

Another time, a reporter enquired, “Mr Gandhi, what do you think of Western civilisation?” To which Gandhi flashed back, “I think it is a good idea.”

Once he was asked, “Why do you always choose to travel by third class in a train?”, and replied “Simply, because there is no fourth class as yet.”

Life in Gandhi’s ashram was all about austerity, simplicity and self-denial. A memory recounted by his granddaughter, Sumitra Gandhi Kulkarni, is telling.

The ashram food was always plain fare, consisting, more often than not, of plain, boiled lauki (bottle gourd), with salt kept on the side and Bapu’s disapproving look ready if any of the children reached for it.

However, his wife, Kasturba Gandhi, fasted once a week, and on those days ate one meal of plain boiled potatoes sprinkled with salt. On those days her young grandchildren would hover close by, hopeful for a bite or two of this ‘delicious treat’. Gandhi would often reprove Kasturba as she sneaked them bits, admonishing her that she was ‘spoiling’ the kids with all this luxury! To which she would retort that other grannies lovingly fed their grandkids laddoos, and here Gandhi was getting angry about boiled potatoes and salt!

(For more fun journeys through India’s history, check out the newly released two-volume set, The History of India for Children Vol. 1 and Vol. 2, published by Hachette India, which is now available online and in bookstores across the country.)