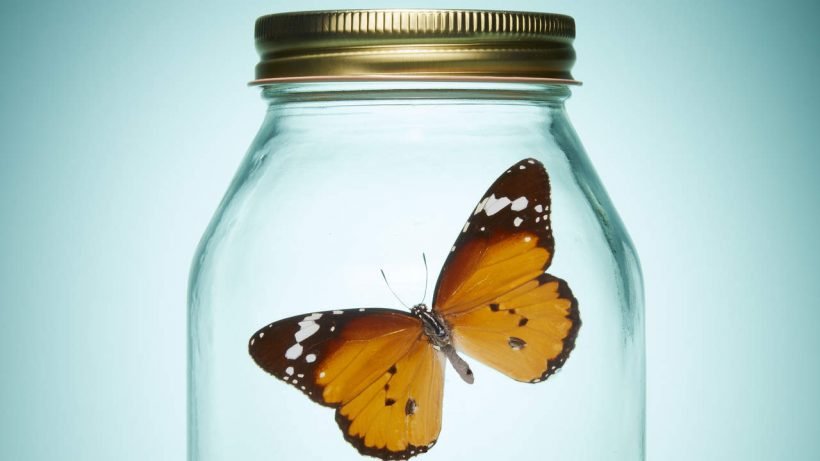 At one point years ago I was adrift, depressed—and flattered that a fairy-tale-handsome guy I met at a club one night was into me. Like, really into me. He set up an adorable picnic for our first date. He bought me a fancy cocktail dress for our third. And a few weeks later, he told me he loved me.

I remember my best friend complaining, “Why do you always get the good ones?” But I hadn’t told her that he had pressured me into sex. That he refused to wear condoms. That he once sent me to the bathroom to take out my diaphragm because he could “feel” it. Now, a healthy marriage (to someone else) and two kids later, I can see that he was trying to get me pregnant so I couldn’t leave him—a commonly used tactic in abusive relationships, a form of reproductive coercion.

“When people think of ‘abusive’ relationships, they often go right to the TV-movie version of physical abuse,” says Sara Stanizai, a licensed marriage and family therapist in Long Beach, California. “But that ignores all the other types of abuse that go on.” The fact is, coercion and control can involve many areas of your life—your finances, your friends, your social media, your uterus. And even if a partner is never physically violent, controlling and coercive behavior can harm your wellness, confidence, career, and family life.

The Less-Expected Signs of Abuse

Women in controlling or coercive relationships usually don’t describe them that way, at least not initially, says Beth Hassett, executive director and CEO of WEAVE, a domestic-violence organization in California. “They know something isn’t right in the relationship, but they think, ‘Well, he’s never hit me.’ ”

Unhealthy behavior usually starts in subtle and surprising ways, like love-bombing, for instance. Being showered with attention can feel amazing at first, but it’s also a red flag, says Hassett: “Sometimes it just feels like puppy love—‘Oh, he really cares about me and gets so jealous! He wants to be with me all of the time.’ ” That can morph into a pattern of monopolizing your time and controlling your social calendar. “It starts with, ‘Sure, I want you to have friends, and I care about you,’ then goes to ‘I don’t like those friends, but you can go see them,’ to ‘Are you really going to go see them again and leave me here?’ to ‘How dare you go see them again—I forbid it!’ ” says Stanizai.

The end result is often social isolation: You’re left estranged from family and friends, and more dependent on your partner for love and support. And that’s exactly what an abusive partner wants, says Stanizai—the more you need your partner, the safer your partner feels.

Financial manipulation is another way to leverage power in a relationship. Mr. Fairy Tale, for example, urged me to sell my “unsafe” old VW Beetle and offered to lease me a newer car. He also said he’d pay me if I quit my evening job, so he wouldn’t have to worry about me being out alone at night. I declined both offers—and broke up with him soon after, as his controlling and sexually coercive behavior worsened. But what if I’d accepted his “help”? Leaving him would’ve left me carless, jobless, and broke.

“Oftentimes you’ll hear abusive partners say, ‘I don’t want anyone to hurt you, and that’s why I check your social media,’ or ‘I’m just trying to take care of you, and that’s why you have to be home at 5,’ ” says Ruth M. Glenn, president and CEO of the National Coalition Against Domestic Violence. “But we help women understand that this is evidence of the partner’s desire to maintain power over them. It’s not just love, or worry, or jealousy—it’s unhealthy.”

To be clear, “This doesn’t mean that a ‘pushy’ partner who texts you a lot, or someone who is jealous and insecure about one particular person, place, or thing is an ‘abuser,’ ” says Stanizai. “Abuse is part of a pattern of controlling and manipulative behaviors that cause fear or intimidation in a partner, not an isolated incident or one touchy subject.”