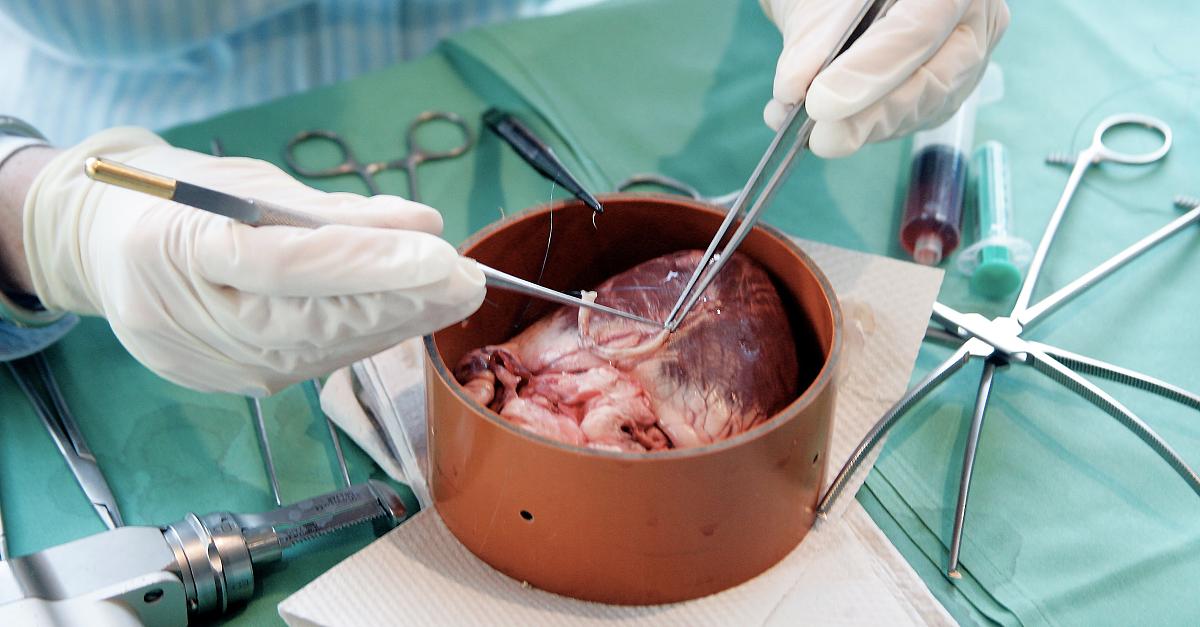 A Munich-based team of researchers has commented baboons with genetically-modified pig hearts transplanted. The animals lived after the SURGERY, an unusually long time and were in the best of health. The successful intervention will be evaluated as a medical milestone, and could allow clinical trials on real patients.

Baboons with transplanted pig hearts have survived in an attempt more than half a year before the study was canceled. Thus, the Transfer of pig hearts in people’s bodies and moved as a solution to the shortage of donors is a major step closer.

A team of researchers of the Munich-based heart surgeons, Bruno Reichart and veterinarian Eckhard Wolf transplanted with a more sophisticated technology, genetically modified pig hearts into baboons. Five animals, two were still after 90 days in good health, as their experiment was terminated, as the researchers in the journal Nature reports. Two animals lived even 195 and 182 days, so a good half a year before they were killed. Heart and liver function had been normal, rejection reactions did not exist. One animal died after 51 days of a thrombosis.

A prerequisite for clinical trials meets

The overall result is a milestone on the way to a possible Transplantation of pig hearts in humans, explained the scientists. As a General rule, the time is fulfilled, with the Survival of three months by the International transplantation society established a requirement for clinical Trials.

About three years would take more preparations before the first clinical studies in selected patients could be possible – if all goes well, said Reichart, the German press Agency.

Independent experts evaluate the study as an important step on the way to a transplant in humans. Four of the five baboons seemed to tolerate the transplant well without developing serious infections due to immunosuppression, stressed the Berlin transplant expert, Christoph Knosalla, in a Nature commentary. Therefore, this advanced technique could work in humans, if the Xenotransplantation – advanced exchange across Species boundaries – far enough to start the first clinical Trials.

Experts consider that attempt as an important step

The Aachen-based physician, Rene Tolba, called the results clinically highly relevant. The first clinical indication for such Xenotransplantation could be the so-called Bridge to transplant. A critical heart patient waiting for a donor organ would be offered a transplant of a pig heart as a Bridge.

Xenotransplantation is being explored since the 1980s. Pigs are useful as donors, especially because your metabolism to the the people similar to. Reichart, 1983 succeeded the first heart-lung transplantation in Germany, has been working for a long time with the subject and was for many years the Board of management of the special research group for Xenotransplantation of the German research Foundation (DFG).

Researchers change procedure during the transplant

So far, baboons, transplantation of a pig’s heart had survived a maximum of 57 days. The Team Reichart changed, especially in the type of transplant. To cool, instead of, as usual, the heart, and it was connected to a circuit with a plasma-containing liquid, so that it was before and during the Operation, oxygen is supplied to the. This was possibly also in the case of conventional transplants, a way to improve the success, said Reichart. In addition, the researchers reduced the blood pressure of the baboons at the SURGERY on the pigs, in order to conserve the Organ. Obviously, pig hearts are worse at life as a human heart, said Reichart.

The researchers had to go in the attempt a further step. Baboons are grew smaller as the pigs – the pig heart, and led to fatal liver damage. Therefore, the researchers gave a drug (Temsirolimus, a derivative of Rapamycin), the growth curb. That would be when people unnecessarily, because his heart is in the size corresponds approximately to the pig’s heart. The pigs had been manipulated genetically in order to reduce the rejection reaction.

It should now be followed by other such Attempts, said Reichart. According to the guidelines for clinical studies, six out of ten animals should be of at least the Three-month period. This is in half a year, said Reichart. We hope that we are in the spring done with it.

In Parallel, the most important thing was to test new immunosuppressants. We need a humanized anti-body, we need to use in the next two years, said Reichart. We hope that we can get approval to make the pilot studies. Not only the pig’s heart, but also kidneys to be transplanted. In Parallel, it will take more years, until the animal donor organs used than the standard method, and animals were able to be produced especially for the purpose.

The animal donor organs have many benefits, said Reichart. The entire Microbiology of the donor organ, in contrast to donor hearts of dead people. This will lower the risk of infections. The receiver could be prepared in peace. This is the Elegant of Xenotransplantation: In contrast to human transplant, everything is known in advance.

Recently, there had been a few years ago a large step in the transplant of genetically modified pig hearts into baboons. The hearts were used in the abdominal cavity and pitched there for two and a half years to replace, however, the heart of the baboon.

The Vision to rescue animal organs for human life, goes back far. In the United States had dared in the 1980s, a doctor, and even a moribund newborn with function unable heart Pavia heart. The girl only survived for about two weeks. In clinical studies, pancreatic islet cells were pelleted from pigs to be transplanted, in order to help people with Diabetes.