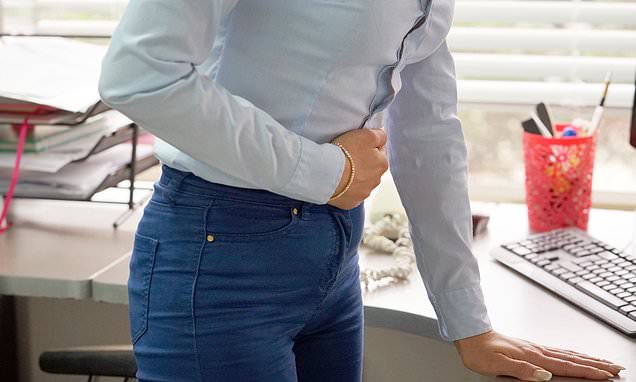 The spine-tickler that eases agony of stomach pains: How tiny implant could help thousands blighted by crippling abdominal pain

A tiny implant that ‘tickles’ nerves in the spine could help thousands blighted by crippling abdominal pain. The matchbox box-sized device is being trialled on 30 NHS patients with a common condition of the pancreas and could slash the use of potent painkilling drugs like morphine.

If successful, the trial could transform the lives of many of the 4,500 people in the UK who suffer with the condition, known as chronic pancreatitis, and rely on powerful drugs to control the pain.

Researchers believe the battery-powered technology – called spinal cord stimulation – could also benefit those recovering from surgery and mothers who have given birth via Caesarean section. 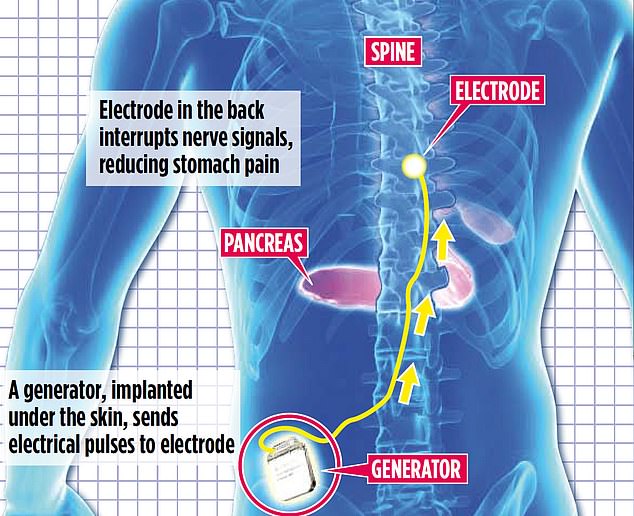 The nerve zapper works by generating a mild electric current that stops pain signals being transmitted from the abdomen to the brain.

As well as the pancreatitis trial, new research is also ongoing to see if the spine tickler can banish pain in patients who have had surgery for an inguinal hernia – a bulge in the abdomen which affects thousands of Britons every year.

Meanwhile, neurosurgeons from Western University, Canada, who tested the implant on patients with chronic pelvic and abdominal pain, say it reduced the amount of morphine needed in all patients.

And scientists at Jefferson University in the US who studied more than 5,000 patients with chronic back or leg pain found 93 per cent cut back on morphine and similar drugs after being fitted with a spine tickler.

‘It’s like a pacemaker for pain,’ says Dr Ganesan Baranidharan, consultant in pain medicine at Leeds Teaching Hospitals NHS Trust, who is spearheading the pancreatitis trial. ‘This device can potentially tackle any pain linked with nerves from below the breasts to the pelvis.’

Dr Baranidharan says it can be used for all pain conditions where there is damage to the nerves.

The pancreas is a large gland located behind the stomach in the upper abdomen. It produces various hormones, including insulin, that control how the body uses and stores sugar.

Patients on the current trial have pancreatitis, which can be acute or chronic. Causes range from gall stones and alcohol to autoimmune diseases and inherited genes. 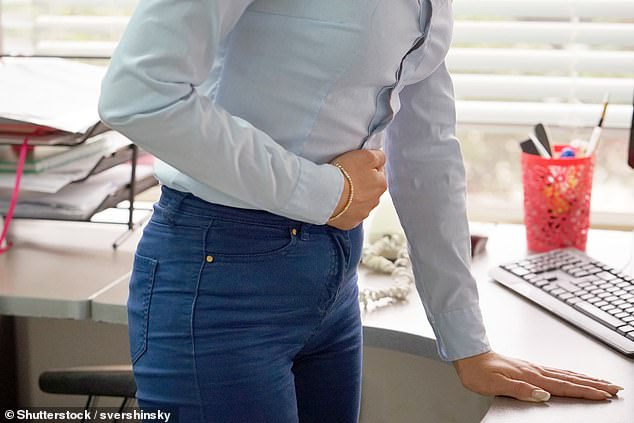 Although morphine-like drugs control the pain, they often leave patients drowsy and carry the risk of addiction.

Dr Baranidharan’s team are recruiting 30 adults who rely on a daily dose of morphine to soothe their pain. In a one-hour procedure, each is given a sedative, along with local anaesthetic, before a tiny electrode is implanted in the back through a small incision. It is located close to the spinal column and level with the pancreas.

Surgeons then tunnel a thin wire from the electrode under the skin and connect it to a pacemaker-like generator implanted in the buttock, chest wall or abdomen.

The generator delivers short bursts of electrical stimulation followed by short periods of rest and is similar to the way nerves transmit electrical signals.

The trial, which is scheduled to run until December 2019, hopes to help patients reduce their morphine usage by at least 50 per cent.

Initial evidence suggests the results can be life-changing. Patients unable to work, or struggling financially due to their condition, are seeing major improvements in quality of life.

‘Our results so far are very good,’ says Dr Baranidharan. ‘We have had patients with close to zero levels of pain after treatment who have been able to stop using pain and anti-nerve medication.’

Paul Burton was one of the first pancreatitis patients to benefit from the implant. The 31-year-old potter from Derbyshire was taking high doses of morphine every day for chronic abdominal pain linked to his pancreas.

‘The result is amazing,’ he says.

‘The pain was so severe that I was managing only about three hours’ sleep a night despite medication.

‘As soon as I woke after the operation, I knew it had worked. The core pain in the abdomen had gone and I no longer need morphine.’