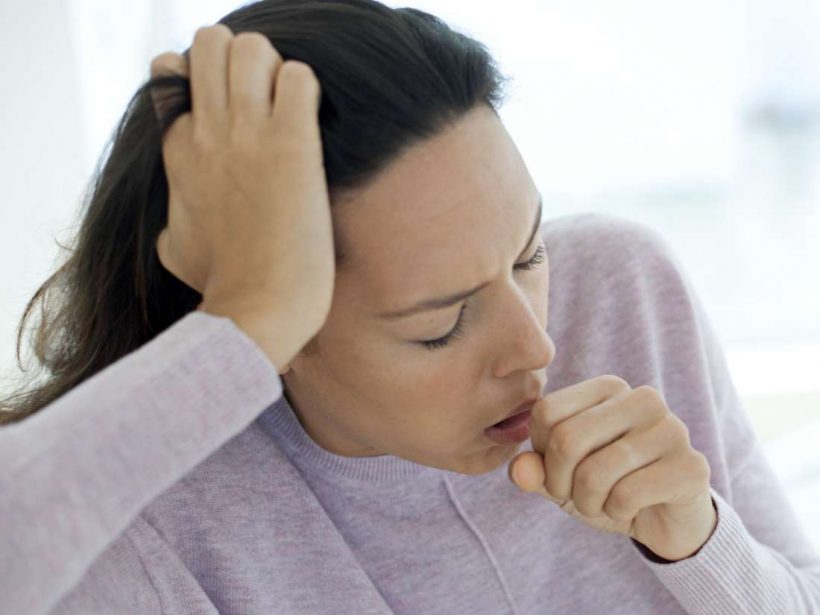 Whooping cough symptoms tend to be less severe in adults than in children. Unvaccinated infants have the highest risk of developing severe symptoms and complications from whooping cough.

In this article, we discuss the symptoms and complications of whooping cough in adults and the treatment options.

Adults tend to experience less severe symptoms of whooping cough compared with children. The reason for this is that adults have built up immunity from previous infections and vaccinations.

Bacteria called Bordetella pertussis cause whooping cough. These bacteria spread through the air when someone who is infected coughs or sneezes. Symptoms usually develop 5 to 10 days after exposure, but some people might not develop symptoms for several weeks.

Stage 1: People are highly contagious in the early stages of the disease. At first, whooping cough causes mild cold-like symptoms that last for 1 to 2 weeks, such as:

Stage 2: After some time, people can develop a severe, persistent cough that leaves them gasping for air. The classic “whooping” sound occurs when people inhale sharply to catch their breath after a coughing fit.

People are still contagious at this point, and stage 2 symptoms may last anywhere from 1 to 6 weeks.

Stage 3: In the final phase, the cough gradually improves, and coughing fits occur less often. At this point, people are no longer contagious, but they run the risk of developing other infections, which can slow down the recovery process.

Other potential complications of whooping cough in adults include:

Treatment depends on the duration of the illness and the severity of its symptoms. Whooping cough treatment usually involves antibiotic therapy.

Early antibiotic treatment may reduce symptom severity, speed up recovery time, and prevent people from transmitting the bacteria. A healthcare professional might prescribe antibiotics for other members of the household as well.

According to the Centers for Disease Control and Prevention (CDC), antibacterial treatments are most effective during the first 2–3 weeks of infection or before coughing fits begin. However, people rarely receive treatment early enough to experience these benefits.

Home remedies for whooping cough include:

Recovering from whooping cough can take several weeks, and a cough can continue to linger for many months.

Adults who have not received the whooping cough booster vaccine Tdap (tetanus-diphtheria-acellular pertussis) have a higher risk of contracting whooping cough.

Other factors that increase a person’s risk of getting whooping cough include:

Adults can protect themselves and their children from whooping cough by having vaccines against the disease.

There are two types of whooping cough vaccine:

Both vaccines protect against tetanus, diphtheria, and whooping cough.

The Department of Health and Human Services recommend that infants and children receive doses of the DTaP vaccine at the following ages:

The initial round of DTaP vaccines wears off over time, so people should get the Tdap booster vaccination to maintain immunity.

The CDC recommend the following Tdap vaccination schedule for everyone:

In general, these vaccines are safe for most people. However, whooping cough vaccines can cause temporary side effects in some people, such as:

Whooping cough, or pertussis, is a highly contagious bacterial infection that affects the respiratory tract.

Although whooping cough usually produces milder symptoms in adults, it can cause severe illness in infants and young children.

There are two forms of vaccine that protect against whooping cough. The DTaP vaccine protects infants and young children, but it wears off over time. Adolescents and adults can get a booster vaccine called Tdap.