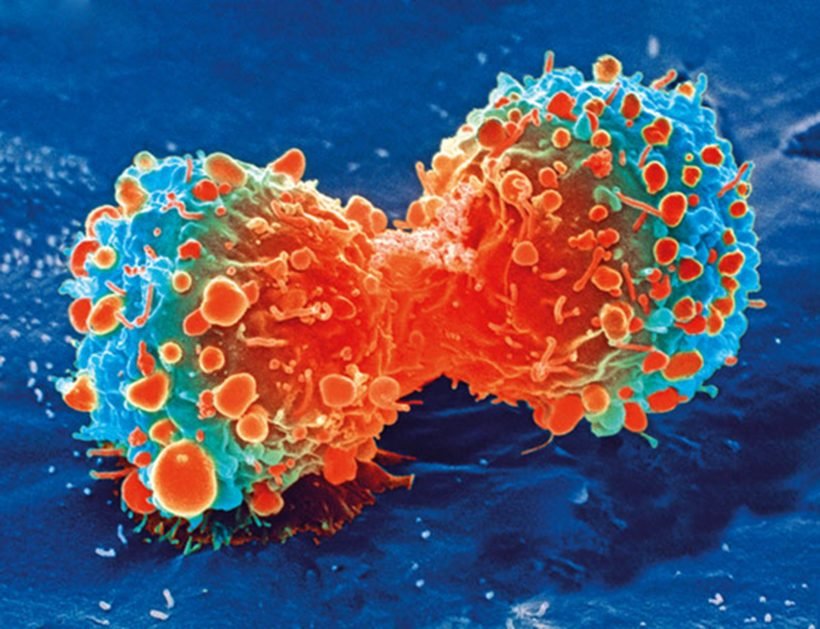 Researchers at The Wistar Institute have described a novel role of nicotinamide adenine dinucleotide (NAD+) metabolism in the ability of senescent cells to release tumor-promoting molecules. This study, published online in Nature Cell Biology, also cautions that NAD+-augmenting supplements, currently in development for their anti-aging effects as nutroceuticals, should be administered with precision given their potential pro-tumorigenic side effects.

Cellular senescence is a process in which cells irreversibly stop dividing and represents a potent tumor suppressive mechanism. At the same time, senescent cells also produce a variety of inflammatory soluble molecules that can promote tumor growth, known by the name of senescence-associated secretory phenotype (SASP).

The laboratory of Rugang Zhang, Ph.D., deputy director of The Wistar Institute Cancer Center, professor and co-program leader of the Gene Expression and Regulation Program, investigated the role of a family of proteins called HMGAs in cellular senescence and the SASP.

HMGAs are DNA-binding proteins that regulate gene expression. They are frequently overexpressed and associated with poor prognosis in many cancer types, yet they are known to promote senescence. This new research aims to clarify these mechanisms to unveil the dual role of the HMGA family of proteins in cancer.

Zhang and colleagues discovered that in cells undergoing senescence HMGAs increase the levels of NAMPT, a key enzyme in the production of nicotinamide adenine dinucleotide (NAD+), a cellular factor critical for metabolism and enzyme function. Importantly, increased NAD+ levels enhanced the SASP.

“Our data show that NAD+ levels influence the secretory activity of senescent cells in a way that may promote tumor progression,” said Zhang. “It is well documented that cellular NAD+ concentrations decrease during aging and the use of NAD+ supplementation is being studied as a new preventive opportunity for aging and age-associated disorders. Our results may have far-reaching implications on this field of investigation.”

In fact, by manipulating the expression of HMGA1 and NAMPT, the researchers observed that increased NAD+ metabolism promotes cancer cell proliferation and progression in vivo in mouse models of pancreatic and ovarian cancers.

These data point to a model whereby increased NAD+ metabolism resulting from higher HMGA1 and NAMPT expression promotes a higher SASP and enhances the inflammatory environment around the tumor, which in turn has a stimulatory effect on cancer growth.

“We found that HMGA1 provides a link between the two opposite sides of the coin in the process of senescence—growth arrest and the tumor promoting, proinflammatory secretory phenotype,” said Zhang.