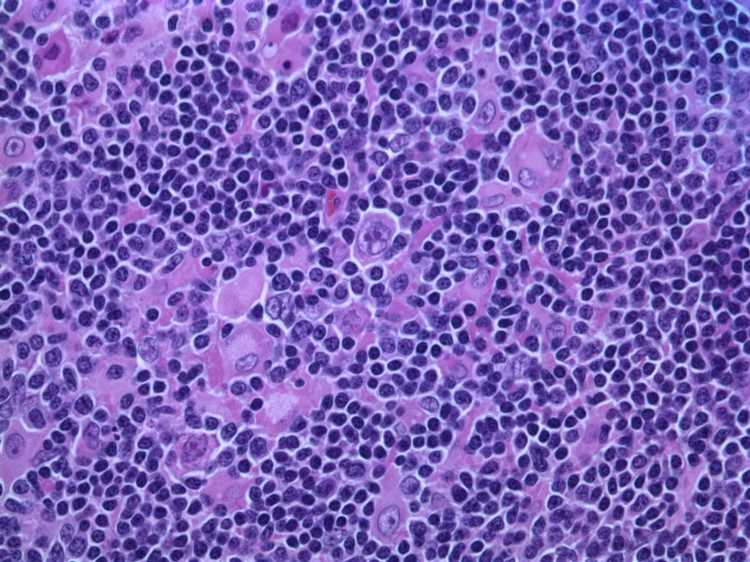 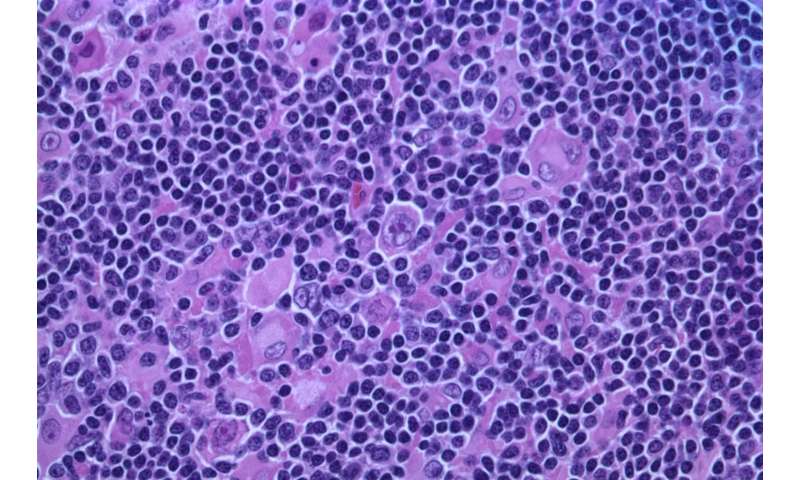 With more targeted therapies being approved each year for cancer, the development of drug resistance to these agents is a growing concern. It has often been assumed that drug resistance is due to the presence or development of additional genetic alterations; however, it is now clear that resistance mechanisms are more complicated. Researchers from Moffitt Cancer Center and Dana-Farber Cancer Institute have discovered a mechanism of drug resistance to Venetoclax, also known as ABT-199, a BCL-2 targeting drug commonly used to treat chronic lymphocytic leukemia and acute myeloid leukemia. Their findings, published in the journal Cancer Cell, also suggest a possible co-treatment strategy to overcome this resistance.

BCL-2 is a protein that promotes cell survival and is highly deregulated in numerous malignancies. This deregulation can be overcome by treatment with Venetoclax. However, many patients who initially respond to the drug eventually develop resistance and tumor recurrence. The team of researchers led by Jianguo Tao, M.D., Ph.D and Jun Qi, Ph.D., wanted to determine how the BCL2 inhibitor resistance develops in B-cell lymphomas, such as mantle cell lymphoma (MCL) and double-hit lymphoma (DHL), in order to find strategies to overcome and prevent its occurrence.

They created model cell lines that were resistant to Venetoclax and compared these cells to the parental cell lines that maintained drug sensitivity. The scientists found that ABT-199 resistance was dependent on both genetic mutations and non-mutational changes. Many patients with hematologic malignancies have an amplification of part of chromosome 18. The researchers discovered that during ABT-199 treatment, rare subpopulations of cells lose this genetic amplification and can survive from drug treatment. Interestingly, this region of chromosome 18 contains the BCL-2 gene, which is the target of ABT-199. This loss of the ABT-199 target and other cell death regulators on chromosome 18 contribute to the survival of these cell populations, which eventually can develop into drug resistance cells.

The researchers also demonstrated that the resistant cells developed non-mutational changes involving transcriptional reprogramming. “Certain regions of the DNA called super-enhancers became activated or deactivated in the resistant cells, leading to either a downstream loss or gain in protein expression, which ultimately contributed to cell survival. The study, for the first time, unified genetic alteration and non-genetic adaptive response as a driving force for drug resistance evolution to therapy,” said Tao, senior member of the Department of Laboratory Medicine and Hematopathology at Moffitt Cancer Center.

The transcriptional reprogramming was dependent on a protein called CDK7. These observations suggested that targeting CDK7 may be an effective strategy to prevent Venetoclax resistance. The researchers conducted a chemical screening of a set of small molecule inhibitors further confirmed this hypothesis by showing that combination treatment with ABT-199 and the CDK7-targeting inhibitor THZ1 prevented the emergence and maintenance of ABT-199 resistance in models of MCL and DHL. The patient samples assessment further proved the clinical relevance of this study, which can unveil the drug resistance mechanism in patient care in the future.