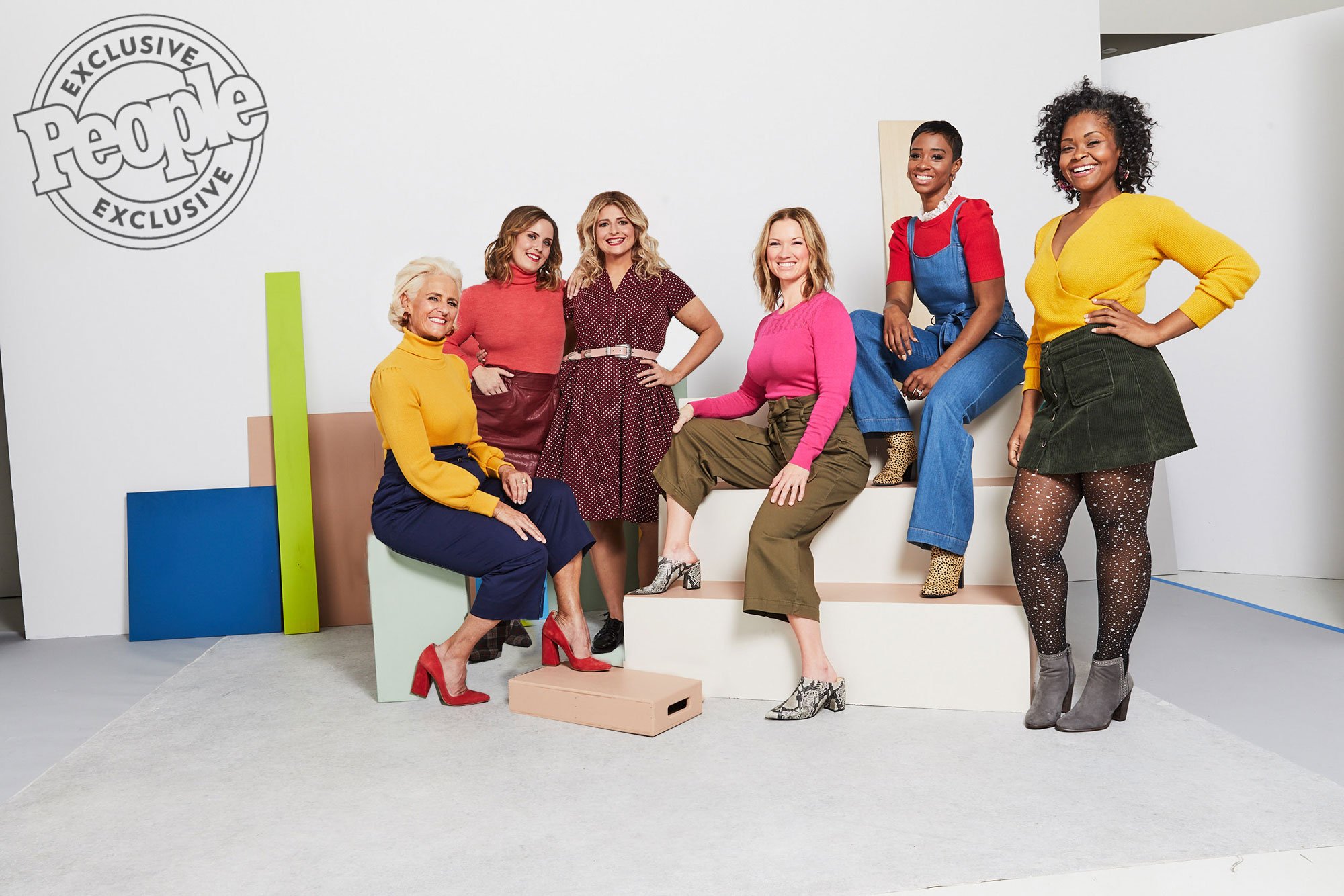 Each year, PEOPLE carefully selects six incredible women to feature in the annual Half Their Size issue. To celebrate their accomplishment, they’re flown out to New York City for a fun weekend photoshoot, and everything kicks off with hair makeovers at Rita Hazan Salon.

The six women were all treated to a hair refresh from the colorists and stylists, overseen by Rita Hazan herself.

“For me, it’s the greatest feeling when someone makes the decision to dedicate themselves to making healthy decisions. It’s really very difficult, and the reward is thrilling,” Hazan says. “These women were amazing, and they were all in great moods, ready to complete their new lifestyle with the visual makeover of hair, makeup and new clothes! For me it’s the best part, because you get instant gratification after working so hard on losing the weight.”

Here’s how each of them transformed before heading to the studio to pose for their magazine spread.

Freed came in prepared with a photo of her dream cut and color, and colorist Maddison Cave got right to work.

“She wanted subtle highlights, like an ombré but beachier,” Cave says. “I kept it natural and rich so it would grow out well.”

“I cut it about 5 inches and angled it,” Matos says, and “added some long layers to soften the bluntness.”

Reid wanted curls just like Grown-ish star Yara Shahidi, and stylist Myrna Palacios was up to the task. She blew out Reid’s hair and smoothed it for a shape and trim before curling, but made sure not to cut it too much.

“She lives in Miami, so if it’s too short it’ll shrink,” Palacios says. “A little length is better for her.”

Colorist Adrian Wallace gave Baker the blonde look she was hoping for, and he “made it a deeper blonde to give it more softness.” After that, stylist Pascal Gantois got to work on the length.

“I layered her hair to give her body,” Gantois said. “She has beautiful curls so I’m not fighting them. Instead, I made the length shorter in the back so it’s less heavy.”

Rigden started with colorist Gio Bargallo, who used a corrective treatment to blend the ends of her hair, and retouched the blonde color.

“I kept the shadow in between for contrast,” he says. “I wanted her to be cool and icy.”

And stylist Eugene Toye changed up her cut.

“She has a texture that’s wavy, frizzy and curly, and living in Georgia I have to be sensitive to how I cut it,” Toye says. “With this hair if you do too many layers it poofs up. Most people want body, but in this case you want to tame it with less layering, other than light layers in the front so she can wear her hair smooth or curly.”

Settle started with stylist Nelson Vercher, who applied a modified relaxer to her hair.

“I softened the texture and gave her a classic pixie with Mia Farrow as the inspiration,” Vercher says.

Settle had to fly back home to Houston midway through the shoot for a family emergency, so she also stopped by her usual hairdresser, Rekedda McDonald, for additional styling before returning to NYC.

Hronek is a personal trainer and constantly in the gym, so stylist Christine Healey wanted to give her a sporty cut.

“She wears it back for workouts so we wanted something that would work,” Healy says. “I cut a few inches of and gave it an a-line shape for movement, plus some light layers with a soft undercut for movement.”

And colorist Bargallo “made it really multi-dimensional” with darker roots, for more of a “dirty blonde.”

Have you lost half your size? Share your story with PEOPLE at [email protected]