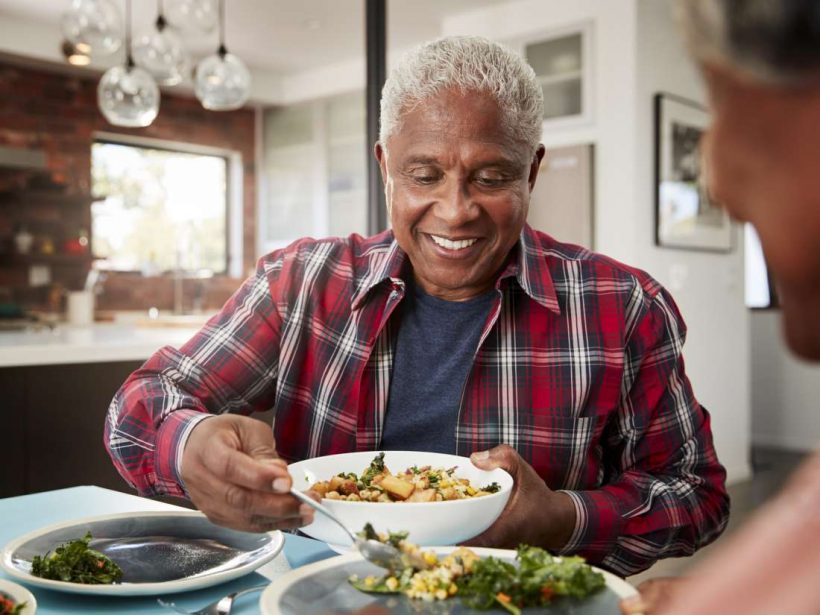 With age, the human body loses muscle mass. Sarcopenia, or the age-related gradual loss of muscle function, can slash muscle strength by around 50 percent.

Also, loss of muscle mass and strength can lead to poor overall quality of life and increase the risk of falls and fractures in older age.

So, as we age, intake of protein becomes increasingly important. However, few adults consume as much protein as they should, for a variety of reasons.

Older people often lose their appetite with age, have lower energy needs, or sometimes eat less due to financial and social difficulties.

However, researchers do not know precisely how much protein older adults consume, so a new study aimed to fill this gap in research.

Christopher A. Taylor, Ph.D. — a registered dietitian and associate professor at the Ohio State University in Columbus — is the last and corresponding author of the new study.

Taylor and his team examined data from the 2005–2014 National Health and Nutrition Examination Survey to investigate the protein intake of 11,680 adults aged 51 and above.

The scientists looked at the link between protein intake, dietary patterns, and physical function in these older adults. They stratified the study sample, used the Healthy Eating Index to assess the quality of the adults’ diet, and weighted the data analyses “to create a nationally representative sample.”

Overall, their analysis found that up to 46 percent of the oldest participants in the study did not consume enough protein on a regular basis.

A third of them were missing 30 grams (g) of protein from their daily diet, which — for an adult who weighs 160 pounds, or 72.6 kilograms (kg) — is the equivalent of over half of the recommended intake. The United States recommended daily allowance of protein is 0.8 g per kg.

Secondly, participants whose protein intake was lower than the recommended level had a poorer diet overall, as well as “significantly more functional limitations.” These people consumed fewer healthful foods such as greens and beans, dairy, seafood, and plant protein foods.

People who do not consume enough protein, explain the study authors, are less likely to meet the recommended daily allowances for micronutrients that have antioxidant properties or that benefit the immune system, such as zinc, selenium, vitamin E, vitamin C, and vitamin D.

Also, according to the researchers, “[T]hose below the protein intake recommendation were more likely to be limited when stooping, crouching, or kneeling, standing or sitting for long periods, walking up 10 steps, preparing meals, and walking for a quarter mile.”

They conclude that “[n]utrition screening procedures should not be limited to the oldest adults and could begin with those over 50 years of age.”

Taylor comments on the findings, saying, ”Despite the protein craze in America, the data shows there’s still a big gap in adults’ protein intake.”

”[T]his research,” he adds, “was looking at intake against current dietary recommendations, which don’t take into consideration activity, age, and illness, when adults may need even more protein.”

Great sources of protein include rice, beans, lentils, soy, and quinoa, as well as eggs, dairy, or meat.